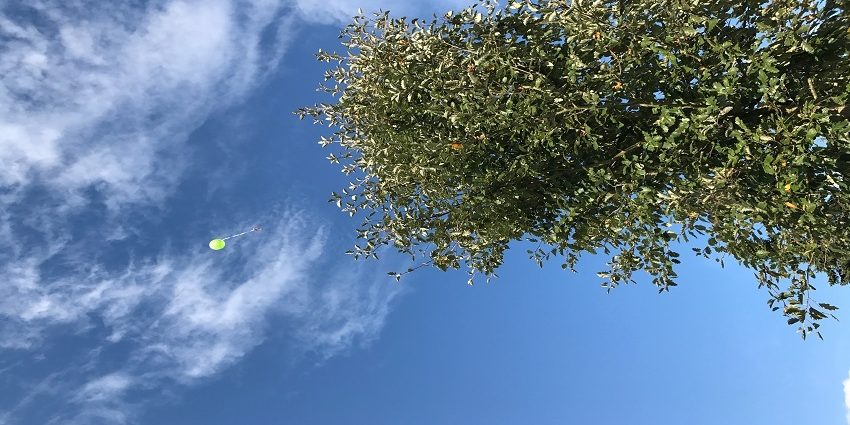 On June 5, the World Environment Day is celebrated annually in memory of the opening of the first World Environment Conference in 1972. Since then, more than 100 countries around the world have taken part in environmental protection actions. In 2018 the focus is on plastic pollution, a topic widely discussed on the media currently.

This article will give an overview of plastic and related problems. In addition, various options for companies and individuals are shown to counteract the environmental pollution caused by plastics.

Every World Environment Day has a hosting country where the official celebrations take place. The focus on this country offers it the opportunity to bring local problems and solutions into the focus of the world community. The hosting country 2018 is India, which has to deal with plastics pollution.

Plastic is made from the fossil raw material oil. This is distilled and thus to naphtha. By so-called cracking naphtha is split into ethylene, propylene and butylene and other hydrocarbon compounds. Synthetic processes can then be used to obtain plastics with the desired properties. For this purpose, monomers are combined into network- and chain-like molecular structures, the polymers. Various plastics means that several solutions need to be found to deal with plastic end-of-life.

Indeed, end-of-life is key here: by 2015, more than 6 billion plastic garbage were generated. Of these, only 9% were recycled, 12% incinerated and 79% dumped or otherwise dumped in the environment (Geyer et al. 2017).

The many advantages that plastics bring with them face serious disadvantages. So petroleum is limited as fossil material and plastic combustible. Above all, however, plastics contain substances that are hazardous to health and, in most cases, are difficult to digest and are biodegradable by very few organisms (BR 2016).

These issues are addressed by this year’s World Environment Day. Plastic is often named after the emission of greenhouse gases as the biggest global environmental problem. The majority of plastic products are only used for a short time and then, due to insufficient recycling systems, they enter the streets of our cities, meadows, forests and waters.

Alone 8 million tons of plastic get into the sea each year and disturb the maritime habitat significantly, among other things by the fact that sea creatures keep the particles for food. But humans also take plastic into their organism. Even spring water contains traces of microplastic. To what extent this harms is not exactly researched, however proven is the negative impact on additives such as plasticizers.

Further facts and figures can be found in this paper from 2017: Production, use, and fate of all plastics ever made. Here are ways to address the environmental pollution caused by plastic as a company or private person.

On the part of the economy there are various possibilities to protect the environment regarding the plastic problem. On the one hand, hazardous substances can be avoided during production and, if possible, biodegradable substances can be used instead of petroleum as a basis. On the other hand, the consumption of plastics can be avoided as much as possible through process optimization.

Ultimately, the plastic that is still used must be handled as sustainably as possible by exploiting the usage as long as possible and separating the resulting waste as strictly as possible and recycling it.However, some industries such as pharmaceuticals need to comply with strict regulations, which allow only certain types of packaging to ensure customer safety. In this case, the companies can still investigate the way such products are shipped and dealt.

Though the solutions seem easy to implement, they demand a shift into the company’s way or producing. In addition, there are some hurdles along the way.

Companies are facing issues when setting take-back programs, as they might lack proper knowledge and infrastructure. Again, it is key here to build proper alliances.

Also, some companies need to comply with regulations (like Pharmaceuticals) which allows only a certain type of material for customer safety. Here it is recommended that the company try to optimize the way such products are shipped for example, to avoid “over-packaging” for the customers.

Another solution could be infrastructure to deal with end-of-life products (especially in the countries where a proper waste system is lacking), and educating the customers on how to properly dispose of the products.

In addition, proper alliances between companies can help share the knowledge and expertise, and bring specific solutions.

Consumers can easily reduce the environmental impact of plastic. On the one hand, it can actively be taken to consume as little plastic as possible, on the other hand, this should then be fed through waste separation to existing recycling processes.

Even the smallest changes in everyday life can lead to a significant reduction in waste. For example, reusable shopping bags can be used for shopping or refillable coffee cups can be used instead of disposable cups. In this instance, we recommend prioritizing your efforts: try to identify the most impactful plastic you use, and look for an alternative for this one at first.

It is also possible, on one’s own initiative, to collect plastic waste from the environment and move it to recycling chains. The Litterati app provides the ability to network with other garbage collectors, record the amount and type of items collected, and identify the most frequently discarded items.

Although consumers can exert a major influence, it is also needed that the government implement the necessary framework and infrastructure for waste. Recycling systems are just as important here as regulations and penalties in the case of offenses against them.

Knowledge and experience about waste separation systems can be transferred from countries with advanced systems to countries lacking such systems. In any case, the industrial nations already consuming major amounts of plastics can drastically reduce the environmental pollution caused by such products. A good example of this is the German Packaging Ordinance, which ensures that packages put into circulation are also taken off the market to the same extent and thus possibly recycled.

Education is also key here, to tell citizens on how to sort out waste. Local authorities and governments can have an active role into raising awareness on these topics.

DFGE believes that solutions can be found when every relevant actor is involved and when sustainable alliances are forged.

The DFGE is trying to reduce the environmental impact of plastic in various ways. On the one hand internally the use of plastic is critically reflected and where possible avoided. On the other hand, the employees are sensitized by training on the subject and encouraged to cause as little plastic waste as possible in their private lives as well.

With many years of experience in the packaging industry, DFGE also provides customers with support. At the interface between CO2 emissions and the plastic problem, for example, a tool was developed in collaboration with Bellandvision to account for the greenhouse gas emissions generated by the used packaging.