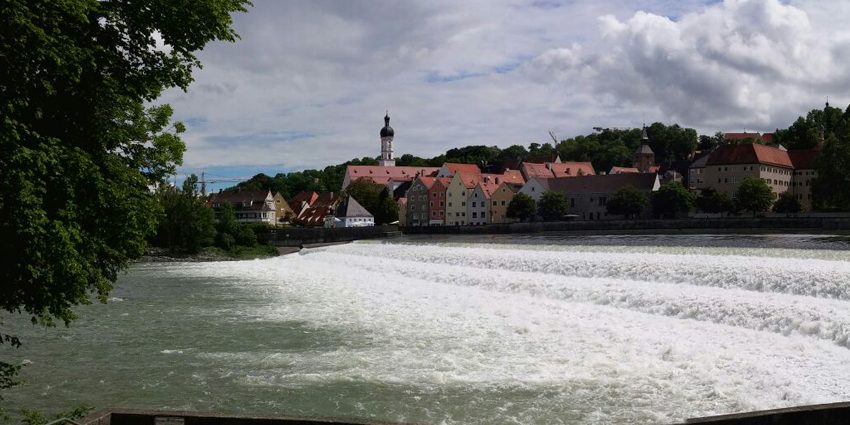 Climate change is ongoing and a current topic in media and society. Also, cities are nowadays and will be impacted in future by effects of climate change. In prior, this is related to a rise in temperatures for most of the major cities, further intensified by buildings, asphalt, air conditioning, etc. This could result in heat stress, lower water supply in cities as well as in social tensions. In the context of bringing climate change closely to society and making it more tangible, a study has been conducted that analysed possible temperature-related future states of the 520 major cities (> 1 million citizens) on earth.

For the majority of people, it is hard to understand how climate change will affect their daily life as there is a ‘consensus gap’ between scientific knowledge and public opinion (see journal.plos, 2019). Therefore, scientists of the ETH Zürich conducted a study that compares current climate conditions with future ones. To make this more comprehensible, the scientists used city analogues in order to identify whether the climate conditions of major cities remain in a similar status or whether the conditions shift to those of another city. Furthermore, they used visualized maps in order to make the outcomes of the study more understandable. For the study, a quite optimistic scenario from the IPCC was used (i. e. RCP 4.5) that assumes that GHG concentration does not increase any further by the end of this century and that temperature would rise by about 1.5 degrees. 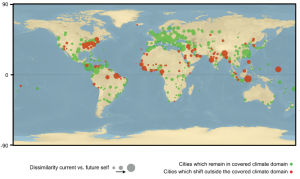 Outcomes of the study can be used by land managers and city planners for implementing strong climate transition strategies. Nevertheless, also companies are required to take strong efforts meaning to implement for example ambitious climate strategies on group- and on site-level in order to minimize climate impacts in cities.

With regard to the above-named context, DFGE supports companies as well as cities in their carbon engagements and management, e. g. defining a climate strategy, calculating Product and Corporate Carbon Footprints, supporting companies and cities in their CDP Climate Change requests or setting ambitious Science-Based Targets for supporting a transition to climate neutrality. In case that you are further interested in that topic or in any support by DFGE don’t hesitate to contact us via or by phone: +49 8192 99733-20.