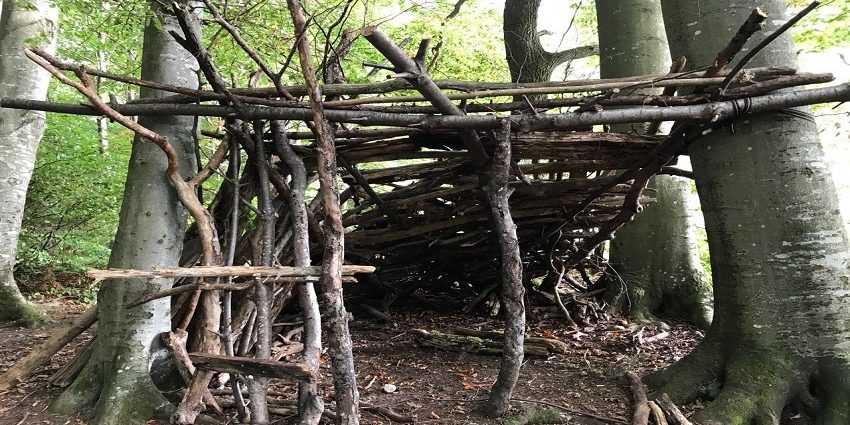 Why cities are so important to climate protection

Two major megatrends are climate change and urbanization. The future researcher John Naisbitt coined the term “megatrends” in 1982. Megatrends are unevenly defined in the literature. All definitions agree that megatrends are changes that have profound and lasting effects on society, economics, politics and technology. Megatrends have a global character, although they can assert themselves at different speeds in different regions or cultures. They unfold slowly and shape the future.  In this article, we explain how the two megatrends climate change and urbanization are linked, and why cities are key actors to curb climate change.

The IPCC defines climate change as a change in climate over a longer period caused by external drives such as altered solar cycles or volcanic eruptions, and persistent human changes in atmospheric composition or land use. As can be seen in Figure 1, the warming of the earth’s surface is clear. The different colors represent different data sets whose core statements match. Many of the changes seen since 1950 never occurred for decades to millennia before. The IPCC considers it highly likely that anthropogenic greenhouse gas emissions are the main cause of warming.

Figure 2 shows the change in greenhouse gas emissions predicted by the IPCC up to the year 2100 compared to the year 2000. Different scenarios are considered here. Scenario RCP2.6 is a stringent mitigation scenario designed to keep the global temperature rise below 2 ° C compared to pre-industrial times. In this case, negative net emissions are needed until the year 2100. RCP4.5 and RCP6.0 are medium scenarios, while RCP8.5 assumes very high emissions.

At the time as global warming is rising, the world is getting more and more urban.

The 21st century is the century of cities. It is expected that five billion people will live in urban areas by the year 2030, which would be equivalent to the earth’s population in 1987. Currently, more than 50% of the world’s population lives in cities, by the year 2050 it will already be 75%. Particularly in developing and emerging countries, a strong increase in urbanization can be observed. Economic activities within urban areas account for 55% of the GDP in less developed countries, 73% in developed countries and 85% of the gross domestic product in the most developed countries (BMZ 2014).

Since the use of the term urbanization is not clearly defined, in the present article it is used as growth in terms of building substance and population as well as the spread of urban lifestyle. Along with the strong urbanization is a growth of resource consumption in urban areas. Cities are important consumers of materials, as well as energy, either directly within their territory or indirectly through the importation of goods and services. The mining and disposal of resources creates upstream and downstream effects.

Sustainable urban development is faced with a solution to dependence on fossil fuels and an increase in energy efficiency. In industrialized countries, urban areas account for 75% of energy consumption (BMZ 2014).

In this context, cities can act on climate change.

Because of the need to minimize the impact of climate change, it is important to use as little energy as possible from fossil fuels and to produce as much energy as possible from renewable sources. This led to the idea of so-called zero-carbon cities, i.e. cities that do not cause CO² emissions. An example of this is the city of Masdar City in the United Arab Emirates. The aim is to source energy from renewable sources and handle it as efficiently as possible. The city is a unique project on this scale and will accommodate up to 40,000 residents.

The project was launched in 2006 and aims to develop the world’s most sustainable city. Completion was planned for 2016 but could not be implemented due to the global economic crisis. The city’s energy needs are met by solar energy produced both outside the city and within. A total abandonment of the emission of CO² was not feasible and had to be discarded. For example, the construction and especially the therefore imported materials caused emissions.

In order to contribute as little as possible to climate change in everyday urban life, an unprecedented public transport network has been created. In addition, the houses are built as energy-efficiently as possible and connected to smart grids via smart meters. In order to minimize the need for air conditioning, the architect Norman Foster designed Masdar, inspired by a typical oriental city, to have up to 20 ° C cooler ambient air than outside the city. In addition to future-oriented energy management, the consumption of other resources is designed to be as sustainable as possible.

All the cities can get inspired from these examples, and act on their own.

A start when dealing with cities and climate change can be the calculation of a carbon footprint. The DFGE shortens and simplifies the determination of the carbon footprint with its top-down method. We select the critical influencing factors for you, use benchmark data and take accessible financial data into account. In just a few weeks a reliable value of greenhouse gas emissions can be determined.

As with businesses, the Carbon Disclosure Project provides a platform for cities to disclose their emissions. More than 500 cities are already taking part and reporting on more than 8,000 urban sustainability projects in the fight against climate change. Figure 3 shows the cities with the highest green electricity share worldwide, based on data from the CDP.

Of course, there are more ways to fight climate change. Here are some examples: 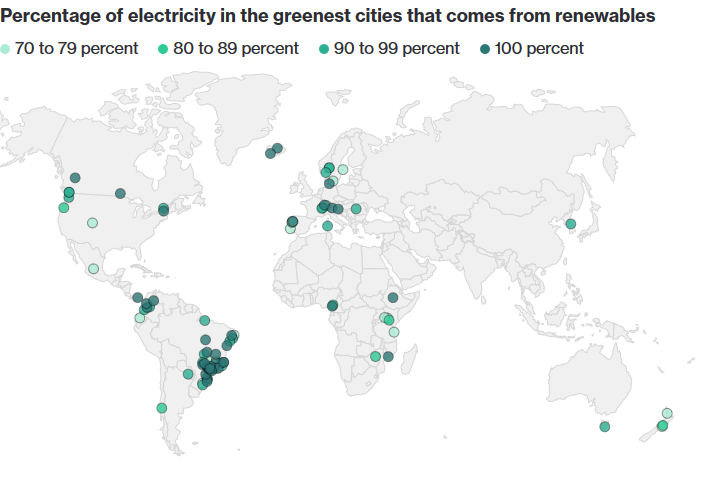 Sustainability is also becoming increasingly important in the competition of locations that confronts cities and municipalities worldwide. Secure an advantage over your counterparties at an early stage by making your city more sustainable together with the DFGE, calculating your emissions and participating in the CDP.